Get fresh music recommendations delivered to your inbox every Friday.
We've updated our Terms of Use. You can review the changes here.

by Some Freak, Andreya Triana & Ritornell 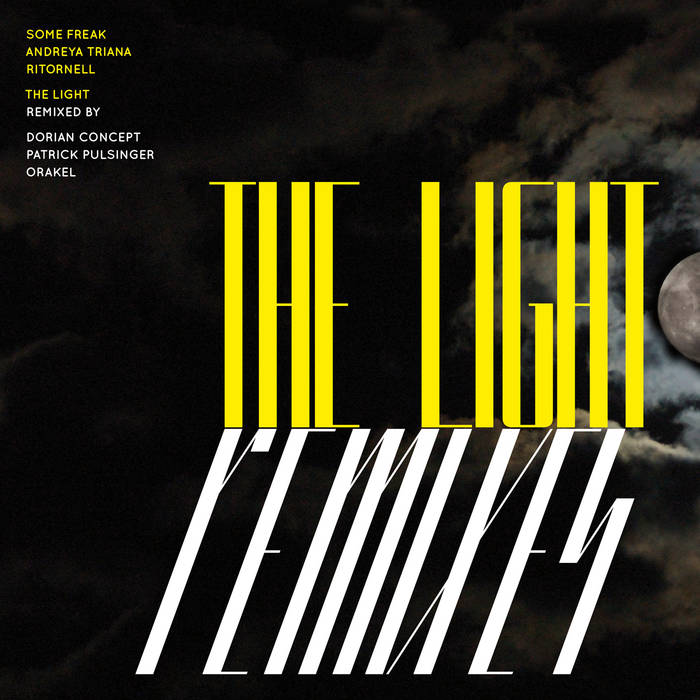 A melancholy tale of seduction relayed from the shadows, with smoky drums, a piano player stuck in perpetual motion and ethereal flutes combining with a dash of exotica. Delicate, fractured vocals emerge as counterpoint to this rhythmic hypnosis. Concocted by three graduates of the 2006 Red Bull Music Academy shortly after their departure from its Olympian domain, "The Light" was recorded in a series of separate sessions with Andreya Triana (known from her collaborations with Flying Lotus, Mr.Scruff and Theo Parrish) and Richard Eigner (Ritornell, last critically acclaimed album "Golden Solitude" was released in early 2009 on Karaoke Kalk). Some Freak polished it off, blending Richard's beats and Andreya's vocals with a soft layer of flute and a whole lot of tape delay. The result? An organic slow burner that sounds like a transmission from galaxies away.

Dorian Concept's neon burning beat productions already found fans on all corners of the musical universe. His multi-faceted debut album "When Planets Explode" was supported by Benji B's Deviation sessions to Mary-Anne Hobbs and Gilles Peterson both championing his cause in a big way. Dorian's remix merges his signature abstract electronics seamlessly with Andreya's vocals for five minutes of organic downbeat bliss.

Viennese-bred producer Patrick Pulsinger has managed to leave his signature warped electronics on just about every style and tempo of dance music. Whether blending jazz with subliminal frequencies, hooking up vintage synths to the sneaky algorithms of the Super_Collider program, or fusing polychromatic disco with vigorous electronic workouts, Patrick Pulsinger knows how to morph elements of error and freestyle into the sublime.

Orakel is the duo of Joachim Knoll & Martin Riedler, two Austrian producers who are combining luscious acoustic jazz elements with intense floor-orientated, broken-beat productions, not losing their focus on keeping music soulful. They are also an integral part of the infamous "comeonfeet!" collective, best known for their brilliant radio shows and savage parties. Keep your ears open for their meticulously crafted debut album which is due later this year and features amongst others the legendary Dwight Trible.

Check out the video:
www.youtube.com/watch?v=9LmGFh_eZ0Q

Peter Kruder (G-Stone): „The Light in the original version is excellent! Well done.
Microphones are so last millenium..."

Dimlite (Sonar Kollektiv/Ehstrawlogy Produkte): „Excellent! Can't wait for the vinyl of this!"

Quelle Chris joins the show to discuss his most recent release, "DEATHFAME"